The supported Magento versions (shown in the "Details" tab of extension listings) include all advertised extension features. 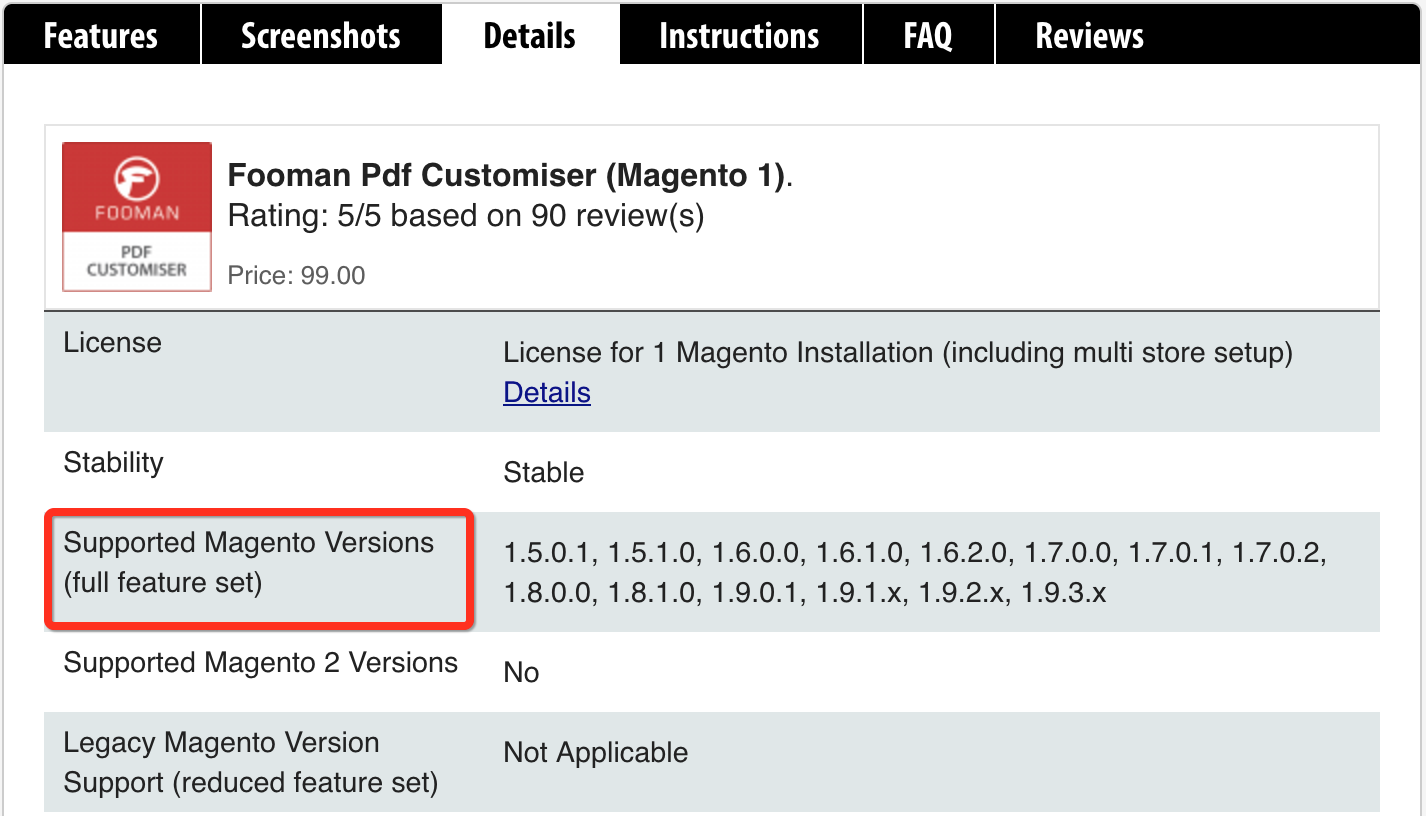 Rest assured that if your store is upgraded to a later version of Magento in the future, you can still download and install the full feature version of the extension. You'll always have access to the extension, plus any new versions released during the 12 month free update period.